One of the first of its kind: carbon-neutral automotive manufacturing.

Published on: 03/12/18
One of the most emblematic goals of Audi’s commitment to sustainability is its mission to be carbon-neutral by 2050. In 2018, Audi Brussels was among the first high-volume automotive production plants to become a certified net-carbon neutral site.* Setting the stage for other facilities across the world to follow Audi’s lead.

The carbon-neutral site covers all production processes and emissions generated at the plant. Approximately 95% of carbon is offset by on-site renewable energy and renewable energy certificates. The balance is achieved through other environmental projects that sequester carbon (roughly 5%). In order to achieve net-carbon neutral status, the Belgian site had to achieve three main pillars.

The first pillar is switching to renewable electricity, which was reached in 2012. The 37,000 square meter roof hosts the largest photovoltaic system in the region, which saves around 17,000 tons of CO₂ per year, equivalent to the consumption of around 1,500 people.

The second pillar focuses on the supply of heat. Using renewable energy biogas certificates, the plant offsets up to 40,000 tons of CO₂ emissions each year.

The third pillar focuses on emissions that we are not yet able to transition to renewable energy sources. To offset this, the Audi Brussels plant focuses on environmental projects such as, reducing water consumption and waste, preventing further air pollution, and improving recycling.

In addition to being net-carbon neutral, the Audi Brussels facility has started production of the e-tron® electric lineup — furthering Audi’s drive towards a more sustainable future.

Electric vehicles will fundamentally reshape the way we move, as well as how we think about our impact on the world around us. The move to more sustainable, electric driving with no direct emissions is one of the most significant technological advancements of our time, and Audi is helping lead the way.
Learn about the next generation of Audi 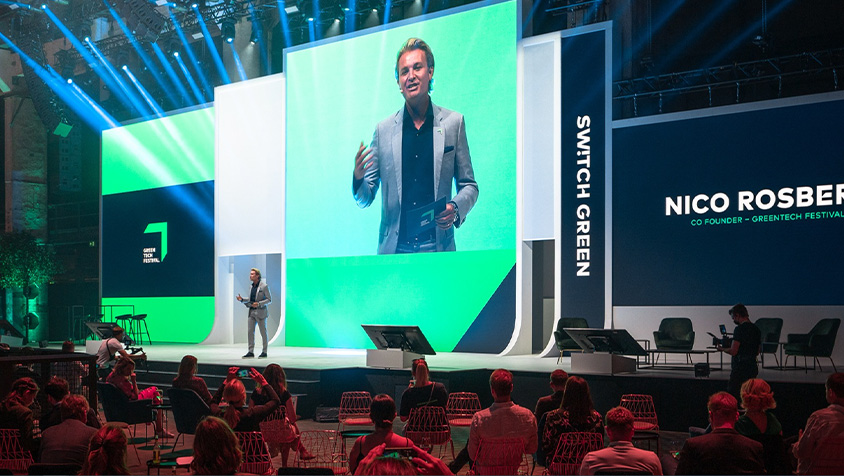 Production of the Audi e-tron GT begins in Germany.

The Böllinger Höfe production site is the first Audi facility in Germany with net carbon-neutral production of the Audi e-tron GT, the brand’s most powerful electric vehicle.
See sustainability in action